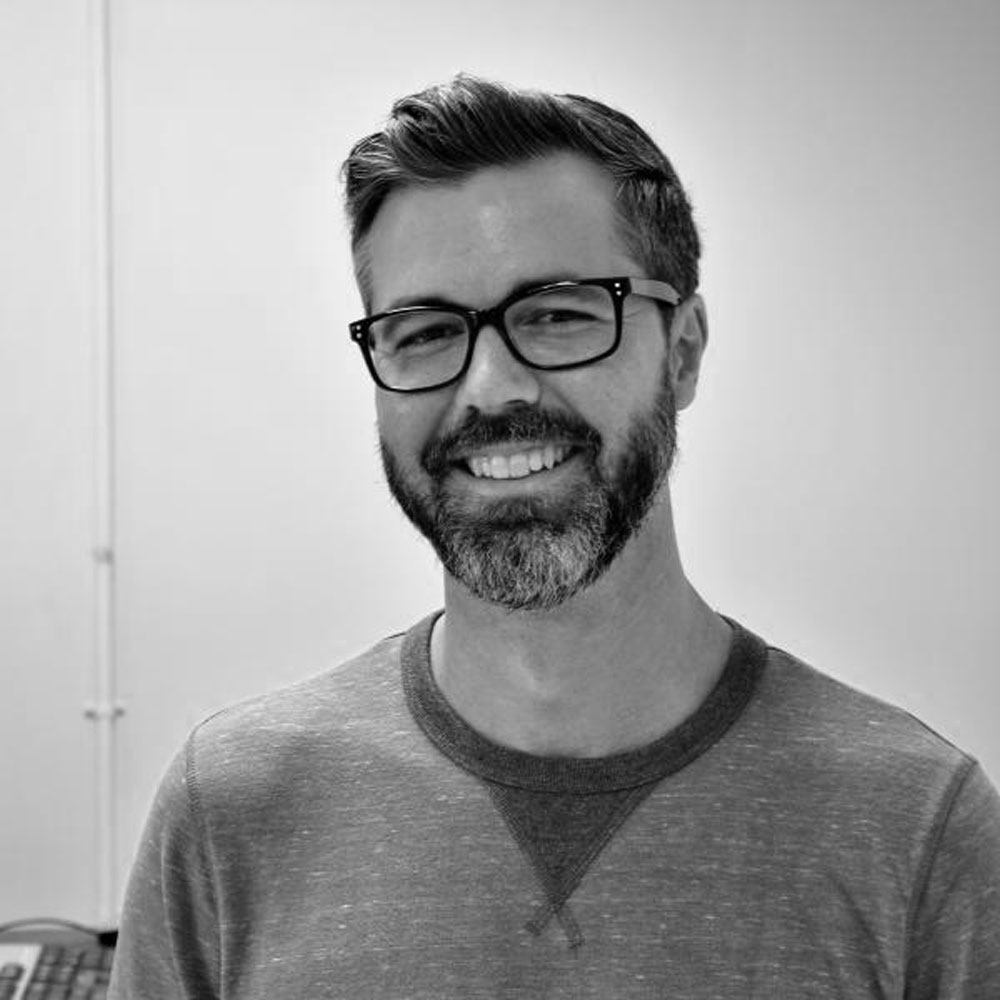 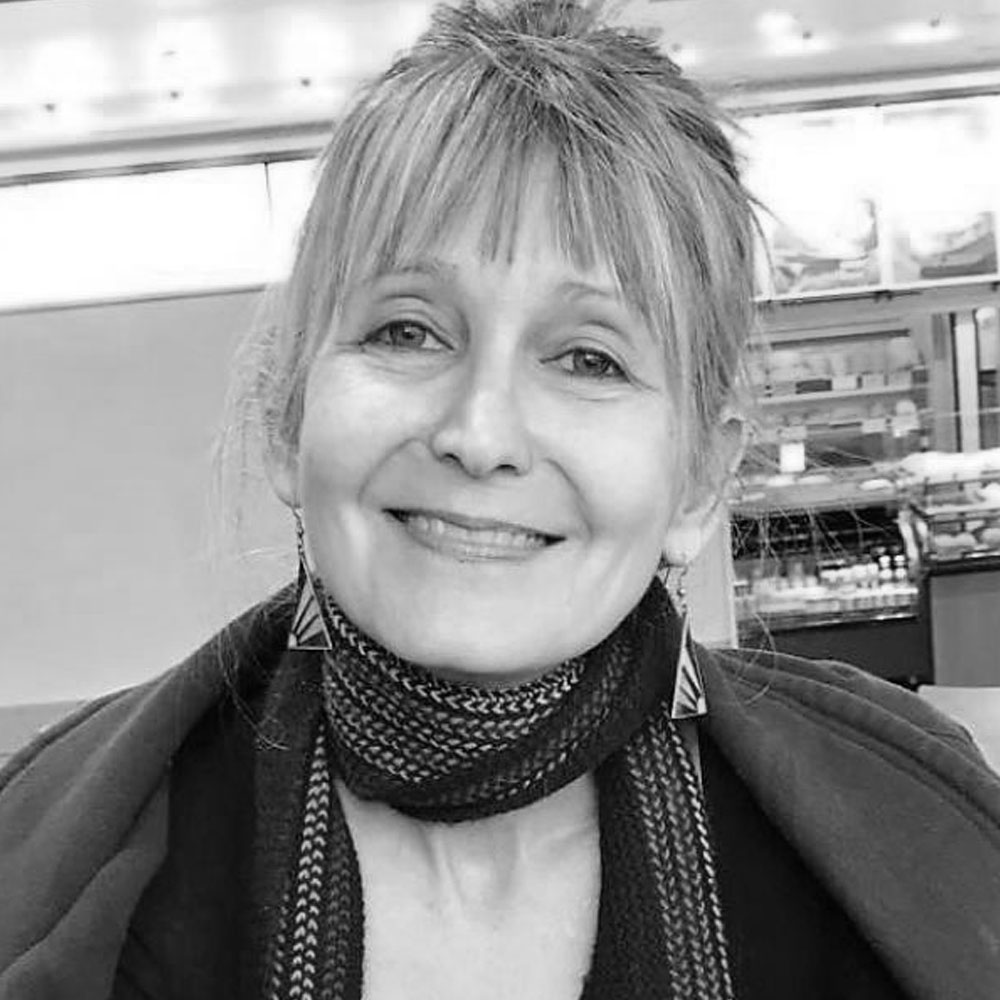 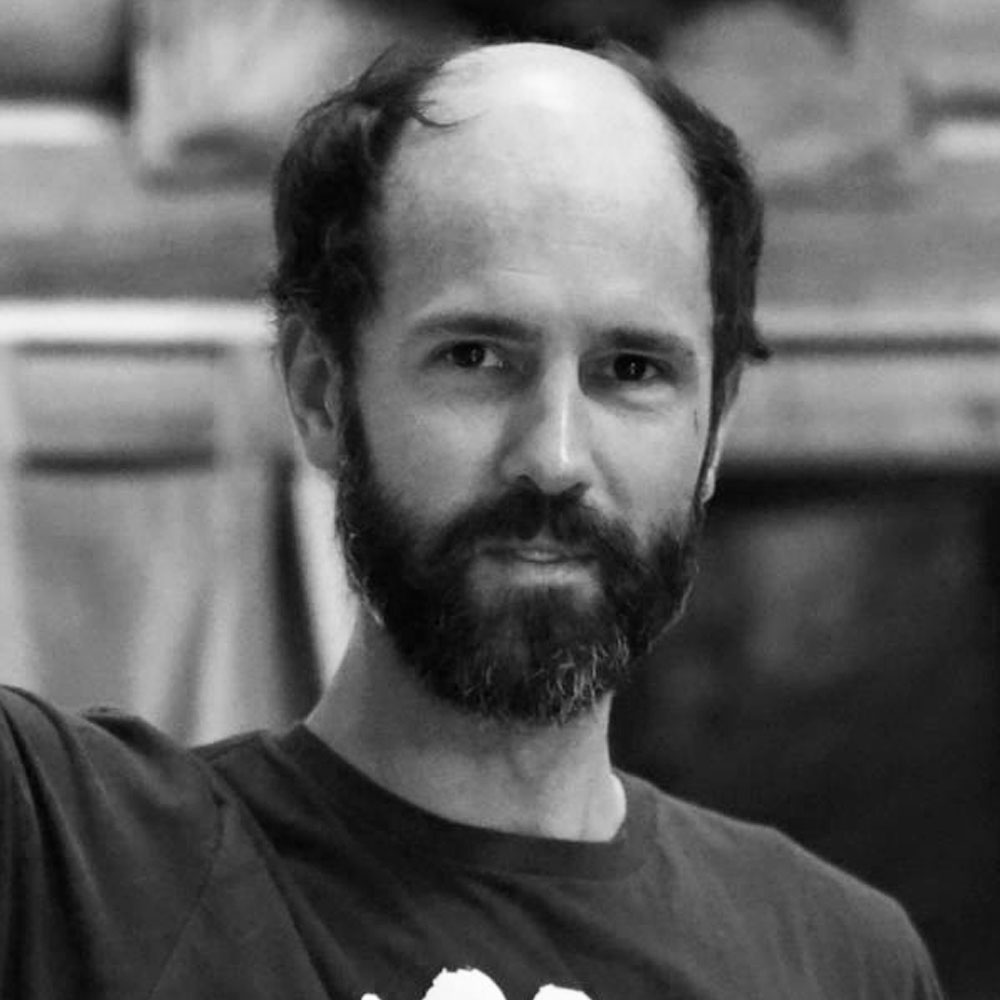 Scott Knickerbocker, Greg McElwain, and Diane Raptosh met in Blatchley Hall on the College of Idaho campus to bring together philosophy, poetry and old time music. Discussing the theme of holism in the philosophy of Mary Midgley's work. Here Greg McElwain shares his reflections:

Our theme in Idaho was holism. We were joined by 15-20 College of Idaho students, alumni, and friends. Greg McElwain began by introducing the biscuit tin, followed by a brief overview of Midgley’s life and how holism features in her philosophy. He talked, on the one hand, of how Midgley’s philosophy is inherently holistic, and how she connects many topics and issues together in a process she calls “mapping.” Topics such as animals, morality, gender, human nature, etc. cannot be thought of in isolation, but rather in relation to many other important aspects of our thought and lives. He talked also, on the other hand, of how holism features in some of Midgley’s constructive philosophy. She speaks often of “parts” and “wholes” – or individuals and collectives – and how each is practically incoherent without the other. Humans, for instance, are not discrete atoms or billiard balls, but interconnected and interdependent beings, connected to each other as individuals but also embedded within a network of wider collectives (social, ecological, etc.). Midgley’s philosophy does not support an overriding holism (the collective(s) over the individual(s)), but rather a relational holism that recognizes the importance and interplay of individuals and collectives.

Diane Raptosh then read some of her seven original poems inspired by the work of Midgley titled “A Crown of American Sonnets Scored to the Taproots of Mary Midgley.” These poems focused largely on the theme of holism and Diane explained some of the motivations behind the poems, all of which stemmed from Midgley quotations. These poems were accompanied by Diane’s views on how interconnected we all are. This seemed all the more prescient as we are entering an uncertain time due to a global pandemic. During this time we can think of ourselves as egoistic survival machines or we can remember, as Midgley implores us, that we are genuinely social and caring beings who go to great lengths to see that others are taken care of in difficult times. Diane concluded by turning our thoughts to ecological holism and handed things over to Scott Knickerbocker, who brought his expertise in “old-time music” to bear in exploring the inherently holistic roots and nature of this uniquely North American genre. And, as interesting as this exploration of old-time music history was, we had an even more special treat in hearing some examples of the music itself. Scott brought along his banjo and fiddle and played some incredibly moving music, which we all felt comforted by in this uncertain time. Our biscuit tin gathering was likely the last event on our campus this semester due to COVID-19 restrictions. So, Scott’s old-time music hit the right note as we were sensing our impending dispersal from one another into a more distanced social existence. For the time. 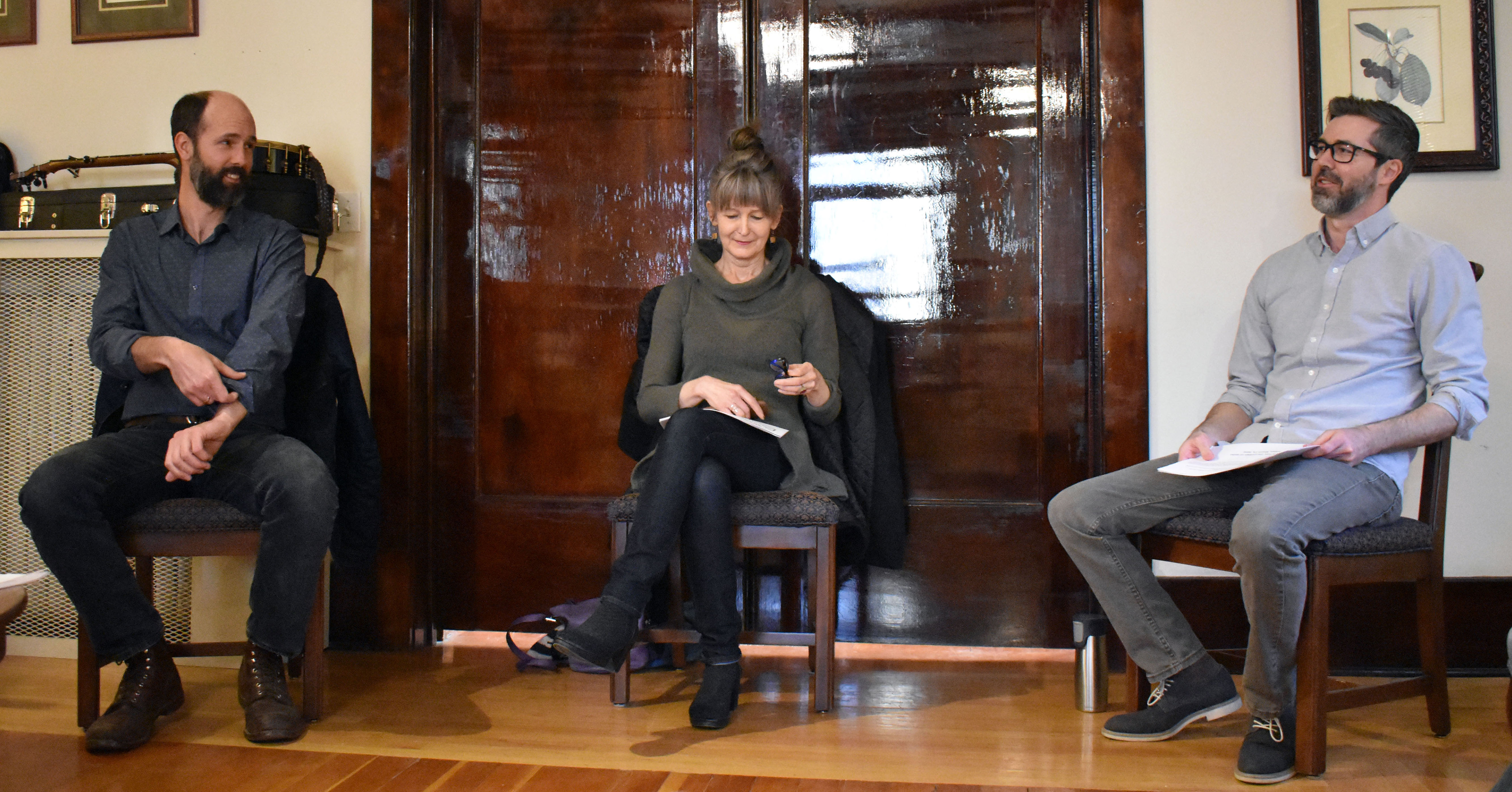 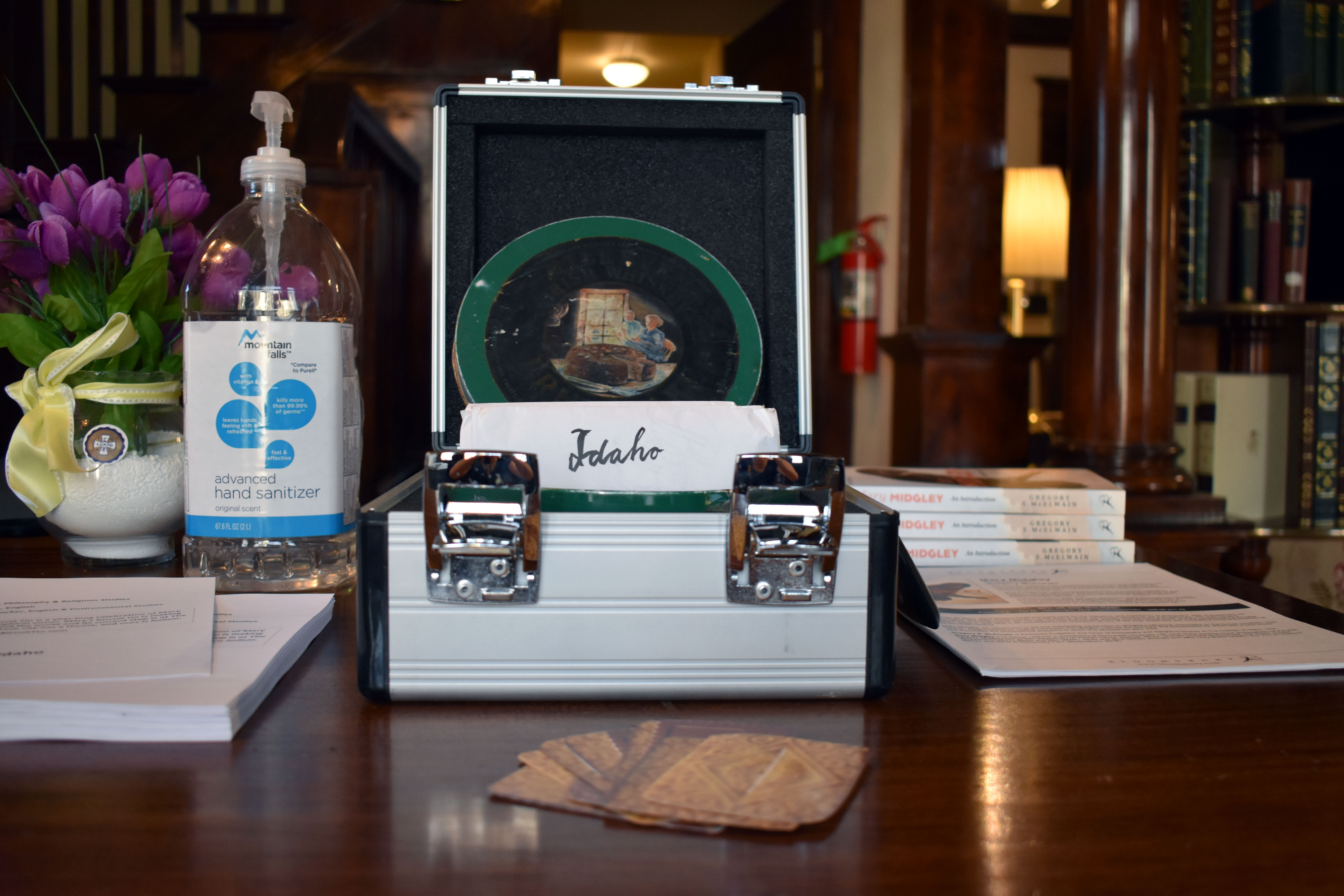 Greg McElwain is Associate Professor of Philosophy and Religious Studies at The College of Idaho. He is the author of Mary Midgley: An Introduction.

Diane Raptosh is Professor of English and Eyck-Berringer Chair at The College of Idaho. She is the author of numerous books of poetry, including American Amnesiac and Human Directional.

Diane writes in such hybrid forms as prose poetry and flash fiction in addition to verse. She sees poetry as primarily a mode of inquiry: every poem as a means to revise social, cultural, and aesthetic norms; every poem, an opportunity to reconceive the world. She has been awarded three distinguished fellowships from the Idaho Commission on the Arts. Among other honors, she has been the featured artist on "Art and Soul Public Radio Stories: American Masterpieces Celebrates Selected Idaho Artists, Writers, and Performers."

Scott Knickerbocker is Associate Professor of English at The College of Idaho. He is the author of Ecopoetics: The Language of Nature, the Nature of Language and plays banjo in the Hokum Hi-Flyers.