Notes from a Biscuit Tin is a year-long celebration of Mary Midgley’s philosophical vision. On what would have been Mary’s 100th birthday, her biscuit tin (gifted to Rachael Wiseman and Clare Mac Cumhaill by her family after her death) will begin a 12-month round-the-world voyage. From this tin Mary dispensed wit, wisdom and ginger snaps to her visitors over many decades. At twelve stops a poet and a philosopher will meet to share a conversation on a theme from Midgley’s work. The conversation will begin with the poet reading a commissioned poem on the theme. 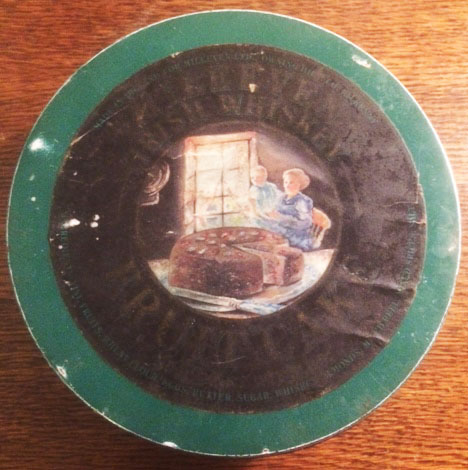 Mary's biscuit tin will begin at the Biscuit Factory in Newcastle Upon Tyne with a conversation between Mary’s close friends – the poet Gillian Allnutt and philosopher Mike Bavidge. From there it will travel to Oxford, London and Liverpool, before leaving the UK for Kingston (Canada), New York, Idaho, Tokyo, Sydney, Paris, Munich and Dublin. It will return to Durham Book Festival and the Midgley Archive (University of Durham) in October 2020.

Conversations will take place in galleries, book shops, cafes, studies and lecture halls. Some feature live music. The poet and philosopher will be joined by an audience – in some locations this will just be a handful of people, in others it will be a crowd. At the end of each conversation the poet and philosopher will place an envelope in the biscuit tin filled with notes, poetry and wisdom. The envelope will be opened and read when the tin arrives at its next destination. By linking the conversations, and tracing the tin’s journey, we invite you to explore the idea of human stories and myths that transcend cultural and geographic barriers and which belong to us as a species.

Mary Midgley was a British moral philosopher whose work helps us make sense of the human animal and its (our) place in the world. ‘We are not just rather like animals’, she wrote, ‘we are animals’. Midgley made major contributions to environmental philosophy, animal ethics and philosophy of science.

Midgley’s last book, What is Philosophy For? was published a week before her 99th birthday and a month before her death. In it she warns that we are drifting toward environmental and mental calamity. We have been lulled to sleep by myths and stories that comfort us with the lie that our future is out of our hands, that the inevitable march of technology, Artificial Intelligence and biotechnology has rendered us and our paltry natural intelligence and our limiting animal bodies and minds already obsolete.

Midgley thinks philosophy is needed to wake us up. But not the sort of dry, argumentative philosophy with which you might be familiar. Rather, says Midgley, philosophers need to work collectively to tell us new stories and set out new visions and myths. We need philosophical stories that will enliven us to the fact that, as she writes, ‘what happens next is up to us’. To create these stories, she says, philosophers will need the help of the poets.