Online, from Munich School of Philosophy 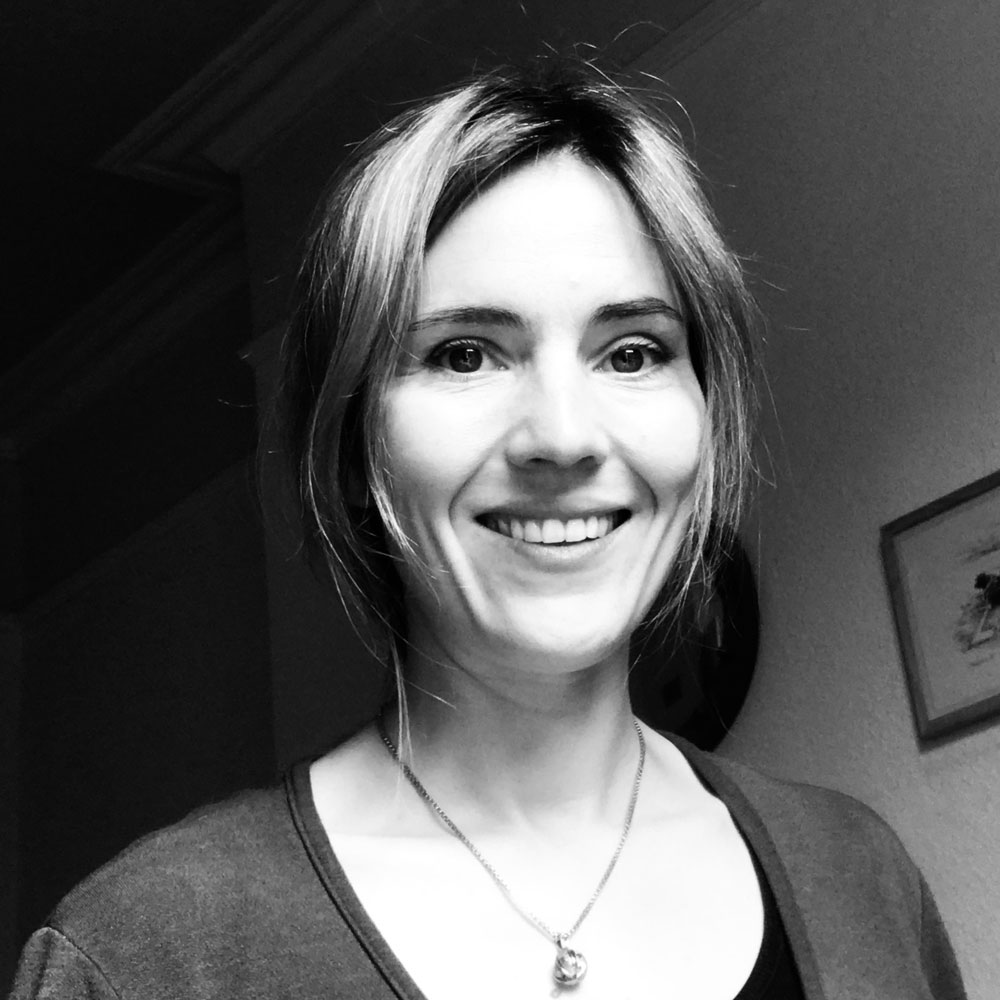 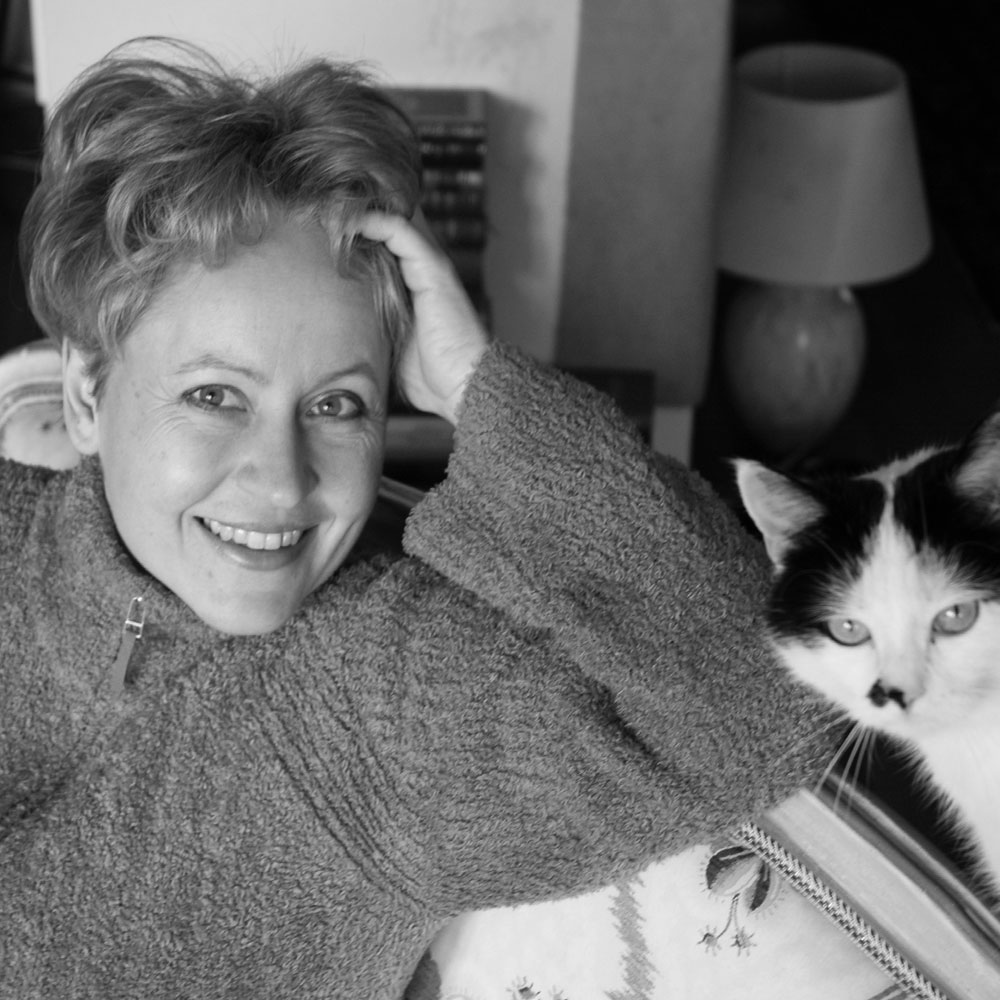 Despite public life slowly being revived, Mara-Daria Cojocaru and Ulrike Draesner still had to host the event online and were joined by a diverse audience: fellow philosophers, poets, scientists, teachers and students came to discuss Midgley's 1973 Concept of Beastliness-paper, hear new work from Ulrike, one of Germany's most prominent contemporary authors whose work has received numerous prizes in all categories: from novels to poetry, essays to nature writing. She was hence perfect to talk in depth about the distinction Midgley introduces and criticizes in the paper: that between the Beast Within and the Beast Without, to reflect on the missives from Paris on language, and to explore the challenges in writing about other animals and the very specific potential that poetry can offer here. Blessed with an intelligent and devoted audience, the conversation could have gone for much longer ... had not the cookies run out. 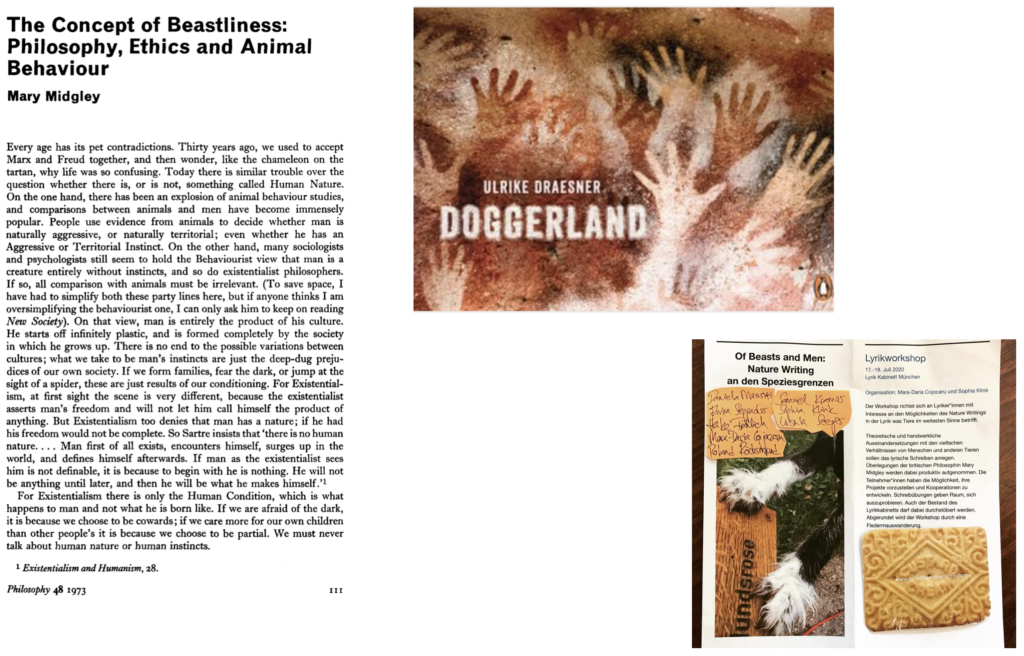 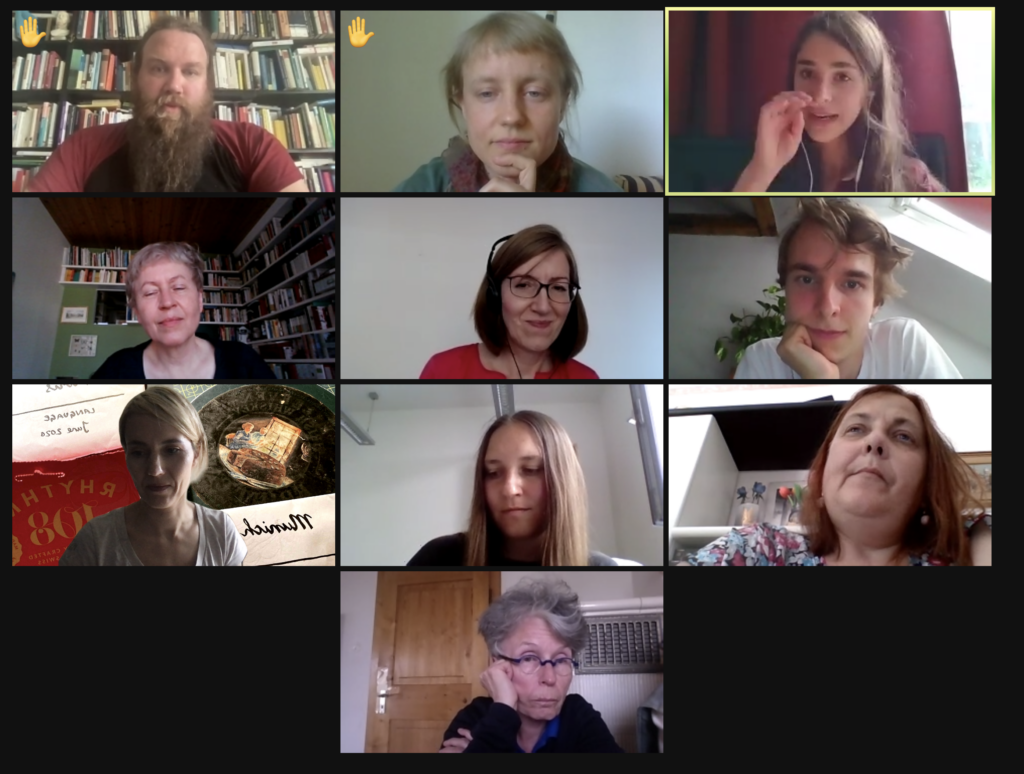 While waiting for the biscuit tin to resume its journey, I had a cup of tea in our garden, with our dogs. Midgley suspected that there was a special relationship between humans and dogs – and my dogs and I agree!

We pondered upon some of Mary Midgley’s ideas that Ulrike and I had wanted to discuss in Munich. They seem so relevant for our time. After all, one of Midgley’s concerns is that humans are animals, too. And the fact that we are socially organised mammals who care for each other and their sick, who hope for the best for their young and mourn their dead has been made vivid in many ways by Covid-19.

Another of Midgley’s concerns has received much less attention, though: animals matter themselves in many, sometimes competing ways. Not just because Covid-19 is a zoonotic disease originating in humans using other animals for food, but also because humans increasingly turn to them for social contact, use them in research to combat the coronavirus, and admire them in their backyards, parks and on the internet. Hence, how animals assist humans – or are exploited by them – is highlighted by the pandemic, and it is neither a luxury nor a childish concern to include animals in our approaches to confront it.

That is why, taking a leaf out of Midgley’s book on how to do philosophy in creative and inclusive ways, we are now developing an “animal-assisted philosophy” to work out improved and sustainable human-animal-relations, with the first online workshop taking place in September 2020.

Born in Hamburg, in 1980, is a lecturer in practical philosophy at the Munich School of Philosophy. In 2015/16, she spent 15 months at the University of Sheffield, supported by a grant by the German Research Foundation. With a background in political philosophy, moral philosophy, and the philosophy of emotions, she is currently working on her second book Reasons for becoming passionate (about) animals? (working title). She agrees with Mary Midgley that “sensitivity requires rationality to complete it, and vice versa”. Mara is particularly interested in how to move forward in situations of disagreement involving other animals, such as animal experimentation or factory farming.

Mara is also a poet and, in 2017, was awarded with the Kunstförderpreis Literatur (young talents award for literature) by the Bavarian state for her most recent collection of poems Anstelle einer Unterwerfung (Schöffling 2016), which deals with (almost) all the beauty and terror definitive of human-animal-relations.

Born in 1962 in Munich, is a poet, a writer of long and short fiction and cultural essays. She has published five major poetry collections, six novels, two of which were nominated for the German Book Prize, three collections of stories, two collections of essays. Her most recent publications include a re-writing of the German national epic, the Nibelungenlied (Nibelungenlied. Heimsuchung, 2016) and two books of nature writing: Mein Hiddensee (2015) and Lieblingsorte London (2016), a personal essay on aging: Eine Frau wird älter. Ein Aufbruch (2018) and the short novel Kanalschwimmer. She was appointed to deliver the Frankfurter Poetikvorlesungen 2016/2017 that were published in spring 2018 as A Grammar of Ghosts.

Draesner has received numerous literary prizes, most recently the Nicolas-Born Prize for Literature 2016, and been awarded poetic readerships at German and International Universities. Draesner lived at Oxford as poet in residence in 2015-2017; in 2018 she was appointed Professor for Creative Writing at the Deutsche Literaturinstitut Leipzig.